Ontario-born Jack Bionda was just a smidgen shy of his nineteenth birthday in 1952 when he first visited British Columbia.

And, my oh my, what and impression he made.

With Bionda's scoring prowess wreaking havoc against all comers, Brampton Excelsiors breezed past St. Catharines and Winnipeg on the road to the Minto Cup finals in British Columbia.
The opponent would be the Kerrisdale Kerries of Vancouver; the kickoff date, September 16; the venue, venerable old Queens Park Arena in New Westminster.

Lacrosse experts, or so they imagined themselves, predicted a close, hard-fought battle for the national Junior "A" championship; however, the Excelsiors weren't the team to get stuffed.

It took Bionda a mere one minute and 11 seconds to blow past several B.C. defenders, depositing the ball behind goalie Ron Delmonico. The onslaught was underway! 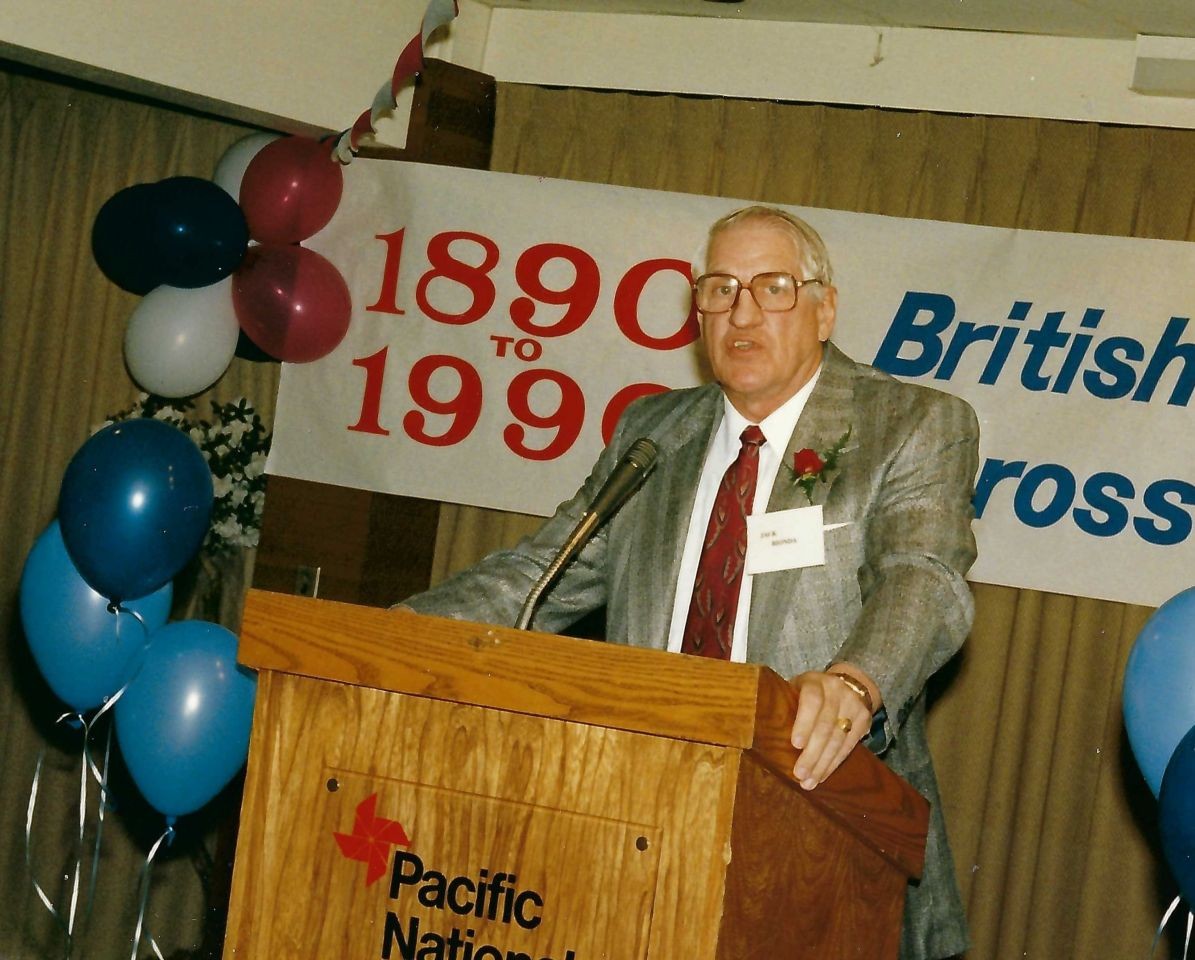 Brampton blasted 12 goals behind a shell-shocked Delmonico on just 13 shots, prompting Kerries' coach Jake MacGregor to replace him with Gordie Stoddart. But the pinpoint shooting continued unabated with Stoddart blocking only eight of the 23 shots in the final three quarters.

For Brampton, it was a 27-9 slaughter, highlighted by Bionda's six goals and three helpers. For the Kerries, the springy wooden floor of Queens Park Arena must have felt like a quagmire.

"I don't like to sound as though I'm boasting," said surprised Brampton coach Carl Madgett, "but, unless Vancouver improves about 100 per cent, we'll take this thing three straight. E may be used to playing on dirt (floors) but that wood doesn't bother us a bit."

It was back o the planning board for MacGregor and what he designed added a whole new meaning to "Wild, Wild West."

Game Two went September 18 (Bionda's birthday) with Brampton taking a quick 3-0 advantage. But, when Barbour took on Bob Watson in a spirited fight, the tempo of the game tilted in Kerrisdale's favour - the Westerners won 13- 10.

"The zone is something never used in the East," said Madgett.

"They sure pulled a quicky on us."

Madget also complained that Brampton got a "raw deal" from referees Bill Wilkes and Gordie Folka in reference to only six minor penalties being assessed to Kerries - Bionda had been given a gash across his forehead as a birthday gift from the West, Ken Woods had a bloody mouth, George Savage was unable to stand on his right leg, Joe Caruso's left leg was battered and Jack Sibbald sported numerous ugly welts over his body.

Game Three was a classic seesaw contest; slim leads shifting back and fourth. Then, with less than four minutes remaining, Sibbald scored, giving Brampton a 10-9 advantage. Kerrisdale's last chance to tie the game came with just 15 seconds left to play when sniper Bob Parry found himself alone in front of netminder Jimmy Dodds. He shot, he missed! Oh, well, onto Game Four.

Both teams now cast aside the rough stuff and concentrated on the business of playing lacrosse. Brampton, buoyed by four goal outbursts by Bionda and St. Catharines' pickup player Jim "Peewee" Bradshaw, Jumped to a quick 7-2 first quarter lead and the hung on for a 16-13 victory to capture the national title.

Two years later, Bionda would return to the West, this time as a player for Victoria, New Westminster, Nanaimo and Portland. Sibbald and Bradshaw would also spend time in a Victoria uniform.

Bionda, Barbour and Chisholm would eventually be inducted into the Canadian Lacrosse Hall of Fame in the Players category while Parry, Fred Aspin, Jake MacGregor, and Carl Madgett have been inducted as Builders.

Stan has been involved in every aspect of the game but where he made his greatest contribution was in the area of statistics.

He researched the newspapers back to 1932 and compiled a complete record of every box lacrosse player at the senior level.